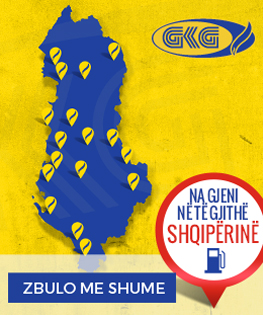 Last week, the retail network of fuel distribution has seen a major move. Every station of IT Oil, in Tirana, once Taci Oil, has been rented by Gega Oil, Monitor.al reports.

It Oil had inherited 300 gas stations across the country from the network Taci Oil, thus ranking as the largest retail distributor throughout the country. But IT Oil seems to have lost competitiveness in the market, not inheriting the price elasticity showed by Taci Oil.

Retail stations, IT Oil, in the area of ​​”Siri Kodra” in the capital claim to have suffered significant decline in daily throughput by more than 30% compared with a year ago.

Gega Oil, which has rented IT Oil, according to the extract in the NRC, has a import-export activity, wholesale and retail trade of fuels, lubricants, oils, grease, fuel gas of all types and categories. On the balance submitted to the NRC, the company, Genklaus group, which has as main company Gega Oil, reported sales revenues in the amount of 11 billion lek.

According to the NRC, IT Oil has removed the addresses of about 20 fuel stations in different cities of the country during the month of April this year.